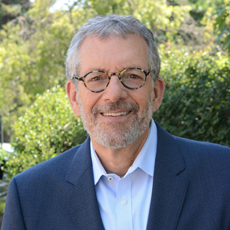 What Our Clients Say

Bruce DeBoskey brings passion, integrity, and a commitment to improving the world to everything he does. As state and local governments reduce services, the role of philanthropy becomes even more important to the people who live here. I have great respect for Bruce's knowledge, fairness, and skills and look forward to his work as a philanthropic advisor in helping people find a way to help others live better, healthier, and more productive lives.

For more than 40 years, Bruce DeBoskey has been dedicated to community building and social change through his professional and volunteer work. It is with that mission and commitment that he founded The DeBoskey Group in 2010, to help individuals and families, businesses, and foundations organize, strategize, evaluate and maximize the impact of their philanthropic initiatives.

Bruce writes a regular syndicated column “On Philanthropy” which is published in the Sunday Denver Post Business Section and distributed to over 600 newspapers and other news outlets around the U.S. and beyond through the Chicago-Tribune News Service. The columns can be read on the Publications page of this website.

For two years, Bruce served as a Teaching Fellow for Boston College’s Center on Corporate Citizenship teaching “Corporate Giving: A 21st Century Approach” in workshops around the country.

He is a “Certified 21/64 Trainer” having received specialized training in how to engage the rising generation of philanthropists from 21/64, formerly a division of the Andrea and Charles Bronfman Philanthropies, in New York. He also has attained a Certificate in Corporate Community Involvement from Boston College’s Center for Corporate Citizenship.

He currently serves as the Dean of Philanthropy for the Purposeful Planning Institute and a member of the Rose Medical Center Advisory Board. In 2015 he served as the President of the Colorado Philanthropic Advisors Network (CPAN).

Bruce holds a B.A. from Indiana University in Political Science and Environmental Studies. He received his J.D. from the Georgetown University Law Center. Following law school, Bruce clerked for the Honorable Richard Matsch, U.S. District Judge for the District of Colorado. He is married and the father of four sons.